In this study, we do perform a simulation of a pollutant’s degradation in two-dimensional flow using the finite elements method in an area of 15 units by 15 in length. To this end, we start by establishing the strong formulation of its behavior, then transform it to a variational formulation. After defining the data related to the observation domain, we set the initial and final conditions. This allows us to solve the problem. The results obtained show that the size of the impacted area is directly proportional to the speed of propagation and the diffusion coefficient. The pollutant’s concentration level only very minimally affects this size.


Thermal field of a fed drop subjected to HF disturbances

The oscillatory temperature field of a spherical drop in evaporation is examined. The motionless drop is fed continuously at the centre so that it keeps a constant volume during the process. The feeding with the same liquid is carried out by assuming an adiabatic centre regime. Effects of heat conduction and that of the variation of the Peclet number on the thermal field inside the droplet are studied. 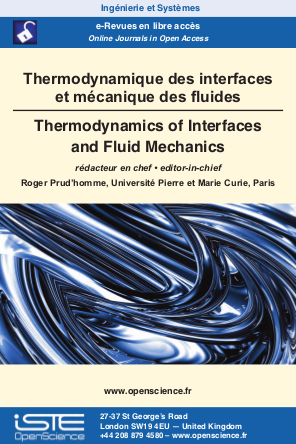