To use LinkedIn within the organisation and outside: between individual and collective strategies

People who work for human resources (HR) use LinkedIn within the organisation (internally) both for recruiting and for employer branding. Outside the organisation (externally) everybody can use LinkedIn to find a job or for personal branding. One survey and ten interviews show that HR pursue two strategies. The first one is individual: the purpose is to assert one’s “professional personal identity”. The second one is collective: the purpose is to be efficient. Thus, the collective strategy can inhibit the expression of elements that refer to identity, thus ruining individual strategy to the detriment of individual strategy. The possibility to match these two strategic aspects mainly depends on the activity which is practised. Conciliating these two aspects is more possible when the activity relies on action rather than on showing information on the profile. Another technique for conciliating these two aspects is possible: the user can openly give information in the name of the company; and at the same time, “as a submarine” he can develop his social network secretly and also communicate with other people.


Approach to citizen co‐design in the processes of innovation by uses: the case of the Ecofamilies project

The authors place their article in a context of societal innovation, which puts users at the center of the project approach in terms of the energy theme. Interested in a typology of existing co-design approaches, they propose a feedback from the Ecofamilies participatory project, which involved participating families, co-design and test a technological solution for monitoring domestic energy consumption, The Human-Machine Interaction plan, in line with their needs. The authors will examine the contributions, constraints and limits of the commitment of a co-design approach from the perspective of the evolution of the users towards their positioning as actors of a collaborative project and the processes of Collective intelligence.

The promise of open, free of charge, interactive and democratic spaces is, without any doubt, an important aspect of Web 2.0. The on-line comments or critics of the non-professionals fall within a new phase of capitalism named Contributive Economy by Bernard Stiegler. Nevertheless, the pirated opinions (or pirated comments) are growing up on the e-commercial sites. The problem is important because at least one pirated comment can modify the choice of the internauts. How can we evaluate correctly the comments posted on the movies’ websites, such as Allociné, or on more generic websites, for example, SensCritique (in French: Critical Sense)? This article describes a methodology based on a deep analysis of the on-line comments, followed by the contextual and semantic study in the global context of Web 2.0. The question of a growing importance of the non-human traffic generated by robots is also being studied 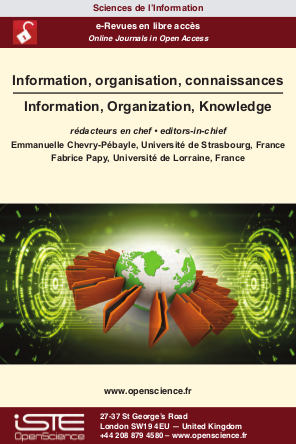